Tell your story the right way 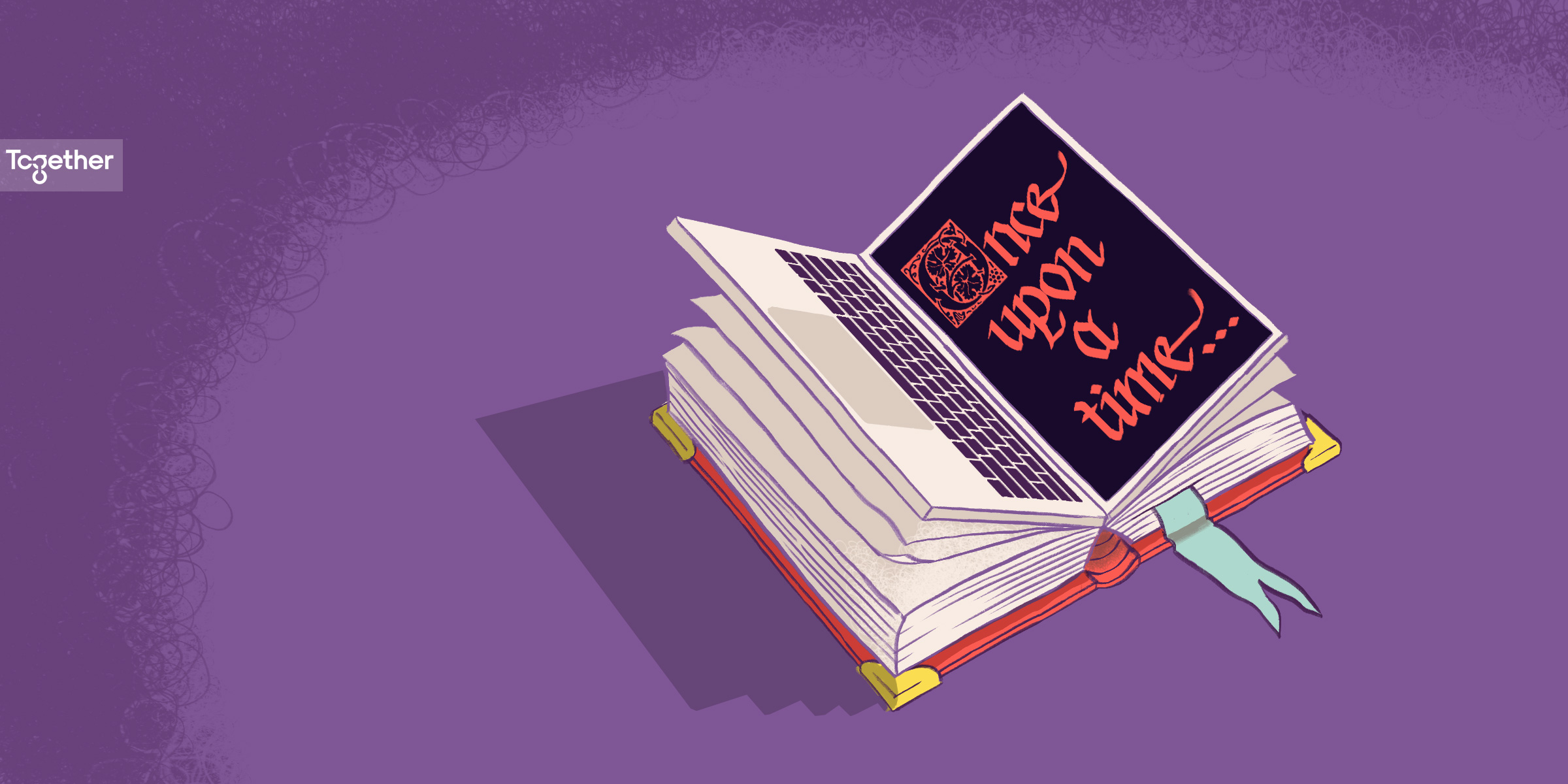 Founders need to tell their story. It’s a thing they simply have to do, be it while pitching to a VC, an employee, or a customer. The story lays out your ambition. It shares with people your vision, the way you want to build, and how your product is going to solve a big problem.

Founders sometimes tend to be too focused on PMF or the tech and forget that telling their story is just as important.

Everyone uses a different approach to it. PR is one approach, but there’s a new one that has been catching people’s eye.

A few days ago, I was speaking to a founder about how they approached storytelling when it came to their company and they said, “Avinash, there are two companies doing it the best. OSlash and Toplyne.” The founder explained ‌they are the ones setting standards and other founders need to understand how to do this.

They made a good point. So I reached out to Ruchin Kulkarni from Toplyne and asked him how he approaches storytelling.

But before I take you through how Ruchin thinks about content, I wanted to talk about why content is important. We’re in an interesting time in our lives. After two years of liquidity, we have reached a place where capital is available, but founders now need to be smarter with how they spend it. Because the market dynamics have changed.

Now, this is where creating a niche matters. Every founder has competition, be it startups, large enterprises, or internal teams of their customers. Even if you’re following the Product Led Growth (PLG) model, you still need to stand out from the crowd. Take Slack and Flock, for example. They are two great companies with similar products, but they both occupy a different space in your mind. While Slack says it is a messaging app that connects people to the information they need, Flock identifies itself as a virtual office. They are essentially doing the same thing, but the difference is in storytelling. Both companies have narrated a different story to help capture market share.

When I began my conversation with Ruchin, this was one of the first things he told me, rather emphatically. “Apart from the technology founders build and the after-sales support ‌they provide, it is their story that makes them attractive to a buyer.” So, paying attention to the content (and I am not talking about SEO), is as important as PMF.

“SEO is table stakes. It’s what everyone needs to do. It drives traffic to the website,” says Ruchin. But that’s not where founders need to stop. It’s where they should begin. SEO content typically has a template-based approach.

SEO is also a skill that requires constant updation, given how Google’s search algorithms change. And while few people will write off the importance of SEO, much has been said about how it is no longer a familiar template anymore.

Personalising your journey through intimately knowing your audience, building great content around your brand, and establishing clear and crisp messaging are things you need to do in order to get SEO working for you.

If you were to separate marketing as brand and performance, SEO is performance, and deep content is brand. And lead generation and conversion take time with brands.

A lot of where Ruchin comes from is a theory he holds. And this theory forms the heart of how he writes and even runs his business. PLG has the ability to make a product viral. But while the product is put into the hands of users, the conversion funnel is narrow.

“PLG companies typically have low conversion rates: often ~1%. You can’t use the spray and pray approach here. If you show a paywall too early in the lifecycle of a customer, the virality dies. You can’t force customers down a path that may not be their journey yet,” says Ruchin.

And that’s why content. “I have seen customers getting on board after having followed our substack for a few months. They just read. They didn’t talk to us before that. They just silently consumed the content and watched,” he says. One of the reasons, he explains, that his customers spoke to Toplyne was not just the insight his content gave them but the writing. The clarity of thought. And the fact that he was not trying to sell anything.

That’s rule number one, he says. Don’t try to sell either your expertise or your product.

“There is plenty of expertise on the internet. How Canva scaled isn’t a secret. There are plenty of podcasts where people have discussed their growth strategy,” Ruchin says.

What’s missing is the ability to compress all those learnings and put them into an easy-to-read format. “That’s where the real skill lies,” he adds.

Founders have stories to tell. There are always things that are learnt by building companies, and others in the ecosystem are genuinely curious to know.

Toplyne figured things out the other way round. Chatting with people at PLG companies, they found out their audience didn’t want to read about their own jobs. They read about related work.

“Irrespective of who you were in the PLG ecosystem. Everyone had a unique thing figured out,” says Ruchin.

So, as an example, if you’re Figma, you want to know what Canva is doing when it comes to conversion, GitLab wants to know what GitHub does at its scale.

“Every company derives inspiration from another,” he adds. Finding someone who hears and understands your voice is the first step. The second is getting someone from outside the SaaS ecosystem.

“If products are consumerised, marketing should be consumerised too. Your ad and content should compete with Uber and Swiggy, not Salesforce. Robinhood Snacks sells investing to millennials. That’s where SaaS is going,” Ruchin says.

How do you actually write it?

For the team at Toplyne, it gets down to tactics. How does a founder start?

“Read. Read a lot. You’ll need to go through a book a month, at least,” Ruchin says. “It’s not easy. It takes a lot of commitment.”

When it gets down to writing, Ruchin uses a few easy tricks to build a story structure.

These five steps make for a compelling argument for a story.

It’s not as easy as it looks

The people who write content at Toplyne are, at the core, storytellers. Except for Ruchin, the other two do not come from a SaaS background. He, too, has approached it like he was writing a VC note.

“I focus on the positive aspects of a company I am trying to analyse. No company is perfect. When writing about how they’re failing, I let someone else do that,” he says.

But before even putting the proverbial pen to paper, he and his team read. They read a lot.

“We subscribe to anything we lay our hands-on. Stratechery, which has been written for 10 years. There’s Not Boring. There’s a wealth of content. The more you read, the more it makes sense. There’s no cookie-cutter solution,” says Ruchin.

If founders plan to do it themselves, they need to start writing. “The first one will be terrible. And then the second one will be slightly better and so on,” he says.

How do you distribute?

Toplyne is trying to up its focus on distribution, says Ruchin. “So far, we have spent 90% creating and 10% distributing. Now, we want to distribute better. We’ve brute-forced through the first year. We’ve messaged it to people with a blurb. Social media, while good, is an unpredictable channel for growth. So we’ve used our networks and requested people to champion us. We could have asked more people to do it. It’s not replicable though,” he adds.

He says they’ll be doing substack and partnerships with publications, and look at other form factors like podcasts and videos.

As part of this expansion of distribution, Toplyne will also repurpose existing content.

“The same content can create 10X touchpoints. We’ll also take the community route and that’s where we’ll push things to and then they’ll hopefully push it outward. This will also build out a community for growth professionals or tech companies,” Ruchin concludes.

We’re entering a new world where companies will have to learn to own their platform and write their own story. It will be the difference between them and their competitors. The journey to a product nation begins with the first story.

If you have an idea, which you think we should hear, write to me here. We’re always listening.