Investing in DhiWise: Building for the future 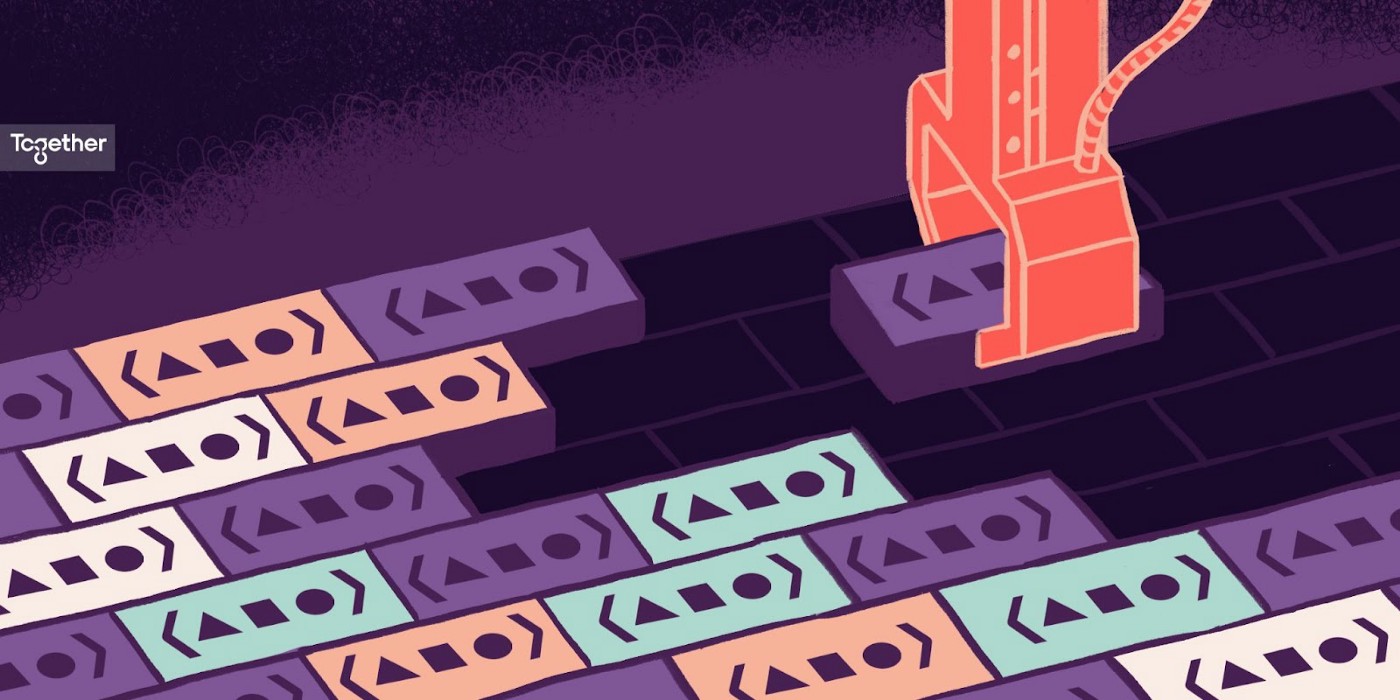 We live in a world driven by technology and the architects of this world are software developers. Software developers across the world are in great demand for a reason. They aren’t just coders; they solve real-world problems; they change ideas into action, into the apps that make life easier. And that’s why we are investing in Vishal Virani and his team at DhiWise.

DhiWise’s platform aims to auto-generate fully functional, human readable and editable source code that is clean, error-free and helps catalyze the process of software development without requiring developers to change their workflow.

At Together, we love such niche yet potentially high-impact solutions aimed at enabling developers to improve their software throughput. This pretty much forms the core tenet of our investment thesis in developer tools.

We first met DhiWise in the middle of 2021 when they were still in their formative stages and immediately sensed something special. Vishal and his co-founder Rahul Shingala were second-time founders. They had previously run an IT consultancy before and had taken the topline to over a million dollars. In their previous avatar, they were running a services business and this was their first attempt at building a product company.

Vishal was always articulate and conversations with him were always anchored around customer problems and their compelling vision of freeing up developers from mundane parts of software development. In addition to this, the team’s hunger and determination to learn was unlike something we have ever seen before.

The most interesting thing about DhiWise wasn’t just about what the team was building but also where. India’s entrepreneurial adventures are largely limited to big cities like Bangalore and Gurgaon. Founders from Tier 2 and Tier 3 cities aren’t as well known nor do they have access to the same resources. Hence, the impression is that companies need to be build from these big cities. Vishal and his team want to prove them wrong.

Vishal and team are building DhiWise from Surat where there is a large pool of world class software engineering talent. The ability to tap into those resources becomes a huge edge for a deep-tech product like DhiWise. Another advantage is that founders tend to be away from all the noise that allows them to immerse themselves into the problems of their customers and build enduring companies.

Before investing in this round, we traveled to Surat to watch Vishal and the entire team in action. The trip made it evident that Vishal’s hunger wasn’t for personal glory but deeply rooted in his attitude to pay it forward to fellow founders. He is someone who really wants to take the tech ecosystem of Surat to new heights.

The quality of a source code generated by DhiWise is as good as being written by a developer. There are plenty of low-code, no-code companies in the market. But Vishal had realised that the quality of work available wasn’t up to the mark. DhiWise is changing that.

When Vishal was talking about DhiWise to us, one thing he said was that to adapt the platform, developers need not change their behaviour. “If we can automate some tasks and make developers powerful enough, they can work without hampering their experience, without changing their behaviour. So the entire team in my previous venture did R&D on this for six months,” Vishal says.

The R&D resulted in developers coming up with multiple algorithms that automated the programming lifecycle. Developers could easily build upon the automated code further, and today their Figma to code plugin has 5000+ installations in a very short span of time.

We had asked Vishal what prompted the switch. Vishal was quiet for a second and then said, “I built a product for a Canada-based company. They had their own execution team, but we built it, we helped them run it, and ultimately thanks to the product, the company was acquired. We wanted that for ourselves.” This was in our first meeting.

It was while building this product that he came across the developer’s pain point. Developers aren’t able to realise their peak work potential because they spend too much time doing mundane tasks. Vishal’s belief is backed by data. The over 30 million mobile and web app developers in the world put in 60% of their work building mundane applications, according to McKinsey. Developers need help.

And typically, people just hire more developers to share this workload. But developers, not unlike oil, are a finite resource. You can’t keep throwing in valuable resources at things that technology can solve. That’s what Vishal realised he needed to build. Vishal uses this developer mindset in everything. The content they produce is developer-first. Their office, too, indicates their commitment to not just the developer but to their focus on making things easier and accessible for every user.

It took us a while to come around to DhiWise. The first time we spoke to him, we knew there was a spark, but we wanted him to build the product some more, and test it out in the market. We kept in touch. There was something unique about him. He didn’t want to talk to us just for capital, he brainstormed with members of our team, and tried to understand customer needs with us. Finally, when the opportunity presented itself, we decided to join him on his journey.

But right before we signed the term sheet, we asked Vishal: “What’s the essence behind the name of the company?” Dhi is a Sanskrit word for mind, intellect, design, notion, and imagination. Vishal wants to create a second brain for developers. With that vision in mind, it made sense that he named his company DhiWise.

Good developers are in great demand, but businesses are struggling to find enough of them. According to McKinsey & Company, 87% of businesses around the world are experiencing a developer shortage or would face one soon. A solution to this can be found in platforms such as DhiWise — a DevTool that solves developer problems for real. A look at the changing market will tell you that DevTools are no longer an afterthought. And Together, especially, has been bullish on DevTools for a while now.

A Research and Markets report says that the global low-code development platform market revenue is predicted to witness a 31.3% CAGR during 2020–2030, to reach over $190 billion by 2030. What we are witnessing is a community coming together.

Developers are building for developers, and it is great to see that. With this investment, we’re also investing in the promise of a better future for the developer community and India as a whole. All this is why we are truly delighted to welcome DhiWise to the Together family. If you want to know more about DhiWise please visit their website here.

— With inputs from Pratyush Choudhury.